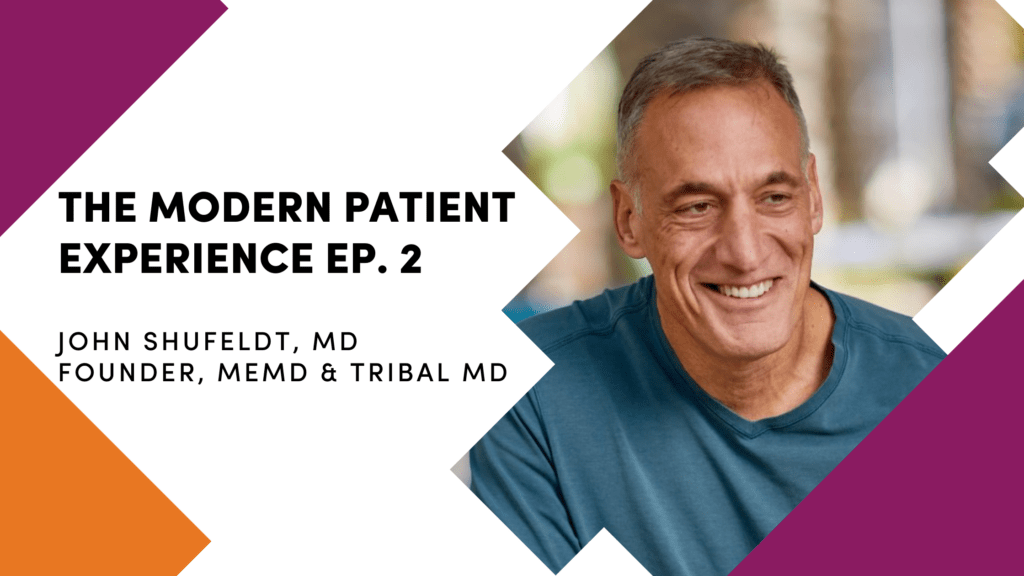 John Shufeldt, MD, is an emergency room physician by trade and entrepreneur at heart. He is also, quintessentially, a modern day Renaissance Man: author, pilot, a lawyer with the State Bar of Arizona, and has earned an MBA. In 1993, he had the idea to create an urgent care in order to offload emergency rooms, but also in the hopes that patients who didn’t really need to be in the ER would get the right level of care in the best possible manner. That idea grew into 60 locations. In 2010, he started MeMD, a telehealth company, which he sold to Walmart Health in 2021.

Not all his ideas to fix specific problems in healthcare have worked out, he admits, but those failures have made him better and when something doesn’t work it doesn’t mean you should give up trying.

John joined the podcast to discuss the role entrepreneurship can play in improving the patient experience and why that mindset really boils down to identifying and solving problems.

It might seem obvious now that patients need a place to get care that is not at the level of the hospital emergency room, but can’t wait until the family physician office opens in the morning. But, back in the early 90s this was a fairly radical concept.

The prevalence and acceptance of urgent care franchises is a prime example of how entrepreneurship can make a positive impact in the patient experience. Yet, even that model of care had to evolve.

“For the first one, we made every mistake in the book,” Shufeldt remembers. “We really operated like a small emergency department. Ran blood tests. Did x-rays. Certainly not to the same extent, but you know, when I started out, I always laugh. I think our first patient for about the first two months was a dog who wandered in. But, it was really just iterating as we went along, you know, making mistakes, solving them and kept moving along in that process never really stopped.”

That framework for making mistakes, solving them, and iterating allowed Shufeldt and his team to open nearly 70 locations across Arizona and other states. And it all began because Shufeldt felt that patients coming to the emergency room with minor injuries needed a better experience for their care.

The Role of Failure in his Life and Career

This will sound relatively counter-intuitive or maybe even stupid, but failure has played a large part of his life despite how successful he has become.

“I grew up failing all the time,” he recounts. “So, you know, for me, failure was just like another day. I never really got emotionally attached to success because I was so often failing. And I think that was important, at least for me as an entrepreneur, because many of the paths you take don’t go anywhere.”

His advice for the budding entrepreneur or healthcare worker who wants to make a difference for patients?

“If you see failure as a hard stop, you’re stuck. If you don’t pivot, you’re stuck,” he says. “There’s old Chinese proverb where they say fall down seven times, get up eight. And for me, that sort of belief system is integral to entrepreneurship because you have to be resilient enough to say, ‘I’m going to get the crap beat out of me.’ But, I’m going to push through it.”

What areas of healthcare does he predict are “next”

According to John, the two areas with the most potential for entrepreneurs to impact the patient experience would behavioral health and artificial intelligence.

“When I started the MeMD, frankly, it was for behavioral health issues because I thought people who needed help might be more comfortable seeing professionals remotely,” he says. “I would try to refer patients in the emergency department to psychiatrists and other behavioral health specialists and was always just surprised they never went.”
He says he would focus on both inpatient and outpatient behavioral health.

As for AI, well, not much more needs to be said on its potential impact for medical providers. “This is not rocket science,” he says, “But AI will be the driving force to disseminate quality health care to the masses inexpensively.”

The use of algorithms to help providers will have a limitless impact on the patient experience: better/reduced charting time, easier diagnoses, faster visits, more consistent care plans, etc.

“AI is acting as a force multiplier to see more patients, but still get the same or better quality,” he notes. “That’s where that’s where the system has to go. And that’s where it is going.” 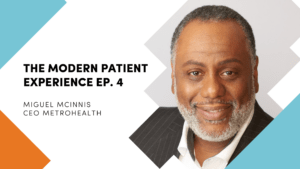 [Modern Patient Experience #4] Be Accountable to Your Patients A Quick Primer on the No Surprises Act 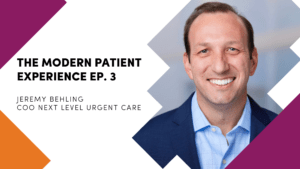 Next Level Urgent Care COO Jeremy Behling joins the Modern Patient Experience show to discuss the role and impact of operations on the patient experience.