AccessOne Survey: Patient loyalty to providers is at risk over transparency

At a time when family health coverage costs as much as a car, consumers need up-front information on out-of-pocket costs and extended payment options—and they’re willing to switch providers to get it.

CHARLOTTE, N.C.— Two in five consumers say they would switch providers to access affordable payment arrangements to cover their costs of care—including half of households with children, an AccessOne survey found. That’s an increase over 2018 survey figures, when 33 percent of individuals and 43 percent of households with children said they would be willing to switch providers for more affordable payment options.

Among more than 1,000 consumers surveyed, three-in-four consumers are willing to shop around for care based on price, and 38 percent are already doing so. They are also pushing for cost information before care is delivered, survey results show.

Meanwhile, 59 percent say providers’ willingness to share price information prior to the point of service is a critical factor in determining where to seek care—including 69 percent of Gen Xers, who typically manage care for themselves, their parents and their children.

The results come at a time when family coverage per employee costs employers $20,000 a year, the equivalent of buying an economy car. The impact: Employers are shifting a greater portion of healthcare costs to employees, who struggle to manage these costs.

“Consumers bear an enormous cost burden in a rising-rate healthcare environment, and it’s changing their behavior in a way that impacts market share for providers as well as core consumption of care and, ultimately, clinical outcomes,” said Mark Spinner, CEO of AccessOne. “Providers that close the gap on price transparency and affordability are better positioned to earn consumers’ loyalty and trust as well as support better long-term health in their communities.”

The survey was commissioned by AccessOne and conducted by ORC International from Aug. 22-25, 2019. ORC International surveyed 1,004 people with at least $35,000 in annual household income. Completed interviews were weighted by age, sex, geographic region, race and education to ensure reliable and accurate representation of the total U.S. adult population. 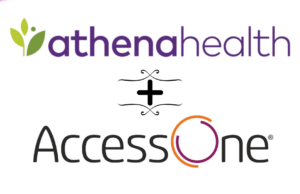 AccessOne embraces a digital approach that empowers patients looking for bill payment assistance. We are part of the Epic App Orchard and have delivered multiple tools to bring an excellent patient financial experience, directly accessible from your Epic platform. 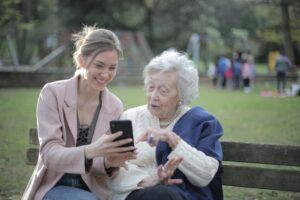 The way patient payments are currently collected is either outdated or built on top of technology that was never designed for collecting payments. What if health systems could start from scratch and design a collection channel with the patient in mind?